Srood Maqdasi: ‘We fear that Christian militias in Iraq fight each other on Nineveh Plains’

A prominent Assyrian political leader in Iraq, Srood Maqdasi, tells us on the situation of Christians after the liberation of Nineveh Plains
Por FerranBarber 25 marzo, 2017

A prominent Assyrian political leader in Iraq, Srood Maqdasi, tells us on the situation of Christians after the liberation of Nineveh Plains and about the relations of the Assyrian nationalists with the Church members 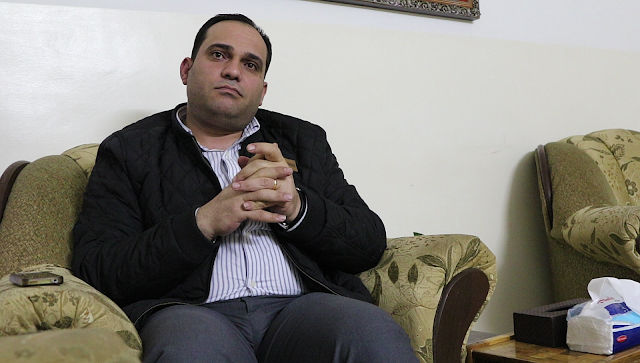 Srood Maqdasi (Ankawa, 1975) is the leader of one of the few Assyrian political parties in Iraq – Beth Nahrain Sons Entity or BNSE – which have managed to stay out of the suspicion of serving interests outside the Christians of Mesopotamia.

Maqdasi – an orthopedic surgeon – is well known by his consistency of character, mental acuity and honesty. That is probably the reason he was chosen by his Assyrian party mates to occupy one of the five parliament seats reserved by the Iraqian Kurds to the Fertile Crescent Christians. The Chamber has been suspended but Maqdasi goes on carrying out an intense political activity through the parliamentary committees and his own party.

I refuse to blame Arabs and Kurds for all our problems when Assyrians themselves have not been able to agree on a consensual document that will fulfill our demands.

– You are an Assyrian nationalist and a Chaldean. That is not very usual.

– Actually, it’s not so strange. Other BNSE leaders are also Chaldeans.

– Most of the Iraqian ecclesiastical hierarchies members do not share your nationalistic ideals. We could say you emphasize your ethnic identity and they prefer to put the focus on their Christian affiliation. Have you ever tried to improve your relationships?

– We have tried to meet with some Church leaders many times in the hope of agreeing on a common position about the problems affecting our community but it has not been possible. These differences not only affect relations between Church members and nationalist leaders. To give you an example, each of the Churches and parties has a different view of what should be done in the recently liberated Assyrian territories on Nineveh Plains. 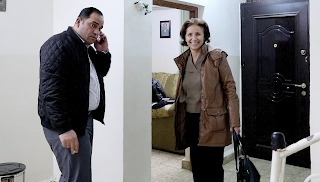 – And what would be the best option?

– To us, the best option would be to create a kind of safe haven under international supervision. United Nations could create a mission in order to preserve Nineveh Plains from any conflict. It wouldn’t be the first time something like this is done.

– Both Arabs and Kurds are claiming their rights on the Plains. Among other things, the territory is in dispute because of its oil  wealth.

– The clearest case of discrepancy with Church members is that of the Christian militias. The Chaldean Patriarch, Monsignor Luis Rafael i Sako, believes that these armed groups are only serving the parties leaders interests.

– We understand that Assyrian people can not allow others to liberate their lands. In that sense, an Assyrian armed force is necessary. The problem is that the militias issue has turned into a real nightmare …

– A nightmare? What do you mean?

– Do you know how many Assyrian militias or military guards are operating now on Nineveh Plains? More than five. And they all belong to different parties with different interests and agendas, not always in line with the real needs of Assyrian people. Beth Nahrain Entity Sons was in favor of creating a single militia that would unify all those groups. We tried it and failed so that we later proposed to create a military council, as a kind of umbrella. Unfortunately, it was impossible too. In short, we believe in the need to take part in the liberation of our lands but not through a pleiade of partisan militias, often subordinated to agendas outside the Assyrian interests. We fear that the different forces of which they are part will throw us against each other provoking a fratricidal confrontation.

– Actually, It seems that Iraq is on the verge of civil war and collapse.

– After the liberation of Nineveh Plains, the area has remained in the hands of different military authorities. Christian militias are deployed over one or another depending on their affiliation and sympathies. That has even led to armed clashes among Assyrian groups.

– Are you telling me that the Christians are fighting each other?

– Yes. Few weeks ago, there was an armed confrontation between two different Assyrian factions. The exchange of fire left four Assyrian young guys wounded on the ground. This kind of events are seriously affecting our people moral, increasingly reluctant to return to the liberated areas.

– But people is returning yet, right?

– Well, many of them have no place to return to since their homes were totally destroyed. Many others are afraid to come back because no one guarantees their safety. Until now, fifty families have returned to Teleskoff and only one to Bajdida [Karakosh]. Some other Assyrian towns like Batnaya have been completely destroyed.

– Islamic State has devastated the last Assyrian “reservations” in Iraq …

– The situation in Nineveh Plains is catastrophic. Half the Assyrian houses were burned; At least 5 percent of them were completely destroyed and all of them, without exception, have been looted by Daesh. It is not even easy to reach the Plains. We must cross five or six military checkpoints and believe me, soldiers are not usually very polite to us.

– It seems to be that most of the Assyrians still living in Iraq have decided to join their families in diaspora or they are thinking of doing so.

– Beth Nahrain Sons Entity did a survey from 2,000 samples and it turned out that 80 per cent of our people perceive their future in black. You should have seen how they reacted after discovering the state of their houses or the deplorable situation of the churches, often used by jihadists for their firing practices. People shouted, cried… It is becoming increasingly difficult to persuade people not to leave the country. To date, the Assyrian population in Iraq has fallen to less than 300,000 people, one-fifth of that estimated twenty-five years ago.

– The Chaldean patriarch believes that there is nothing more damaging to the Christians of Iraq than granting them privileges, as Donald Trump claims.

– The temporary immigration ban on seven muslim countries is affecting Assyrians to the same extent as Muslims [Iraq was included in the first list, but this decision was later annulled by a judge]. On the other hand, the patriarch is right. Do you remember that Florida pastor who burned some Quran copies at the gates of his church? Every time a citizen or a Western government provokes or offends the Muslims, it is we Assyrians who pay for the broken dishes. Best thing for everyone is to avoid hatred and sectarianism, there and here.